Webinar “Regularisation of Undocumented Migrants as a Policy Tool Toward Recovery” 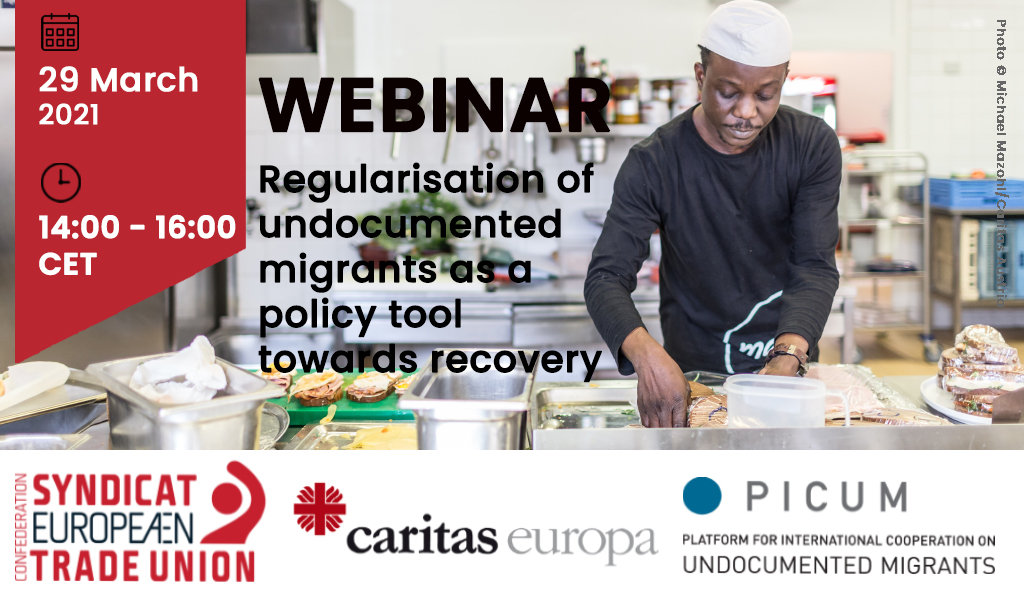 Undocumented migrants, including many families and children, live in Europe and face many challenges and exploitation due to their irregular residence status. Key economic sectors (agriculture, domestic care, construction, hospitality, among others) would not function without the hard work of undocumented workers.

The COVID-19 pandemic has increased attention across Europe to the issue of regularisation. Calls for regularisation schemes have been voiced by an increasing range of actors due to economic, humanitarian, social justice and public health reasons.

While regularisation is considered a taboo for some, regularisation has been – and continues to be – used regularly as a policy option to bring people fully within public administration, increase fiscal contributions and redress failures in immigration and asylum law and procedures. Between 1996 and 2008, 3.5

million people were regularised in Europe. Only in the past year, new regularisation measures were implemented in Italy, Portugal and Luxembourg, and a new scheme is expected to be announced soon in Ireland. Major campaigns for action are also underway in the United Kingdom, Belgium, France and Spain, to name a few.

With speakers from civil society, government, the European Commission, trade unions and academics, this webinar will bring together different perspectives, in order to foster a more balanced debate and to think through how undocumented migrants’ rights and secure residence statuses can be promoted.